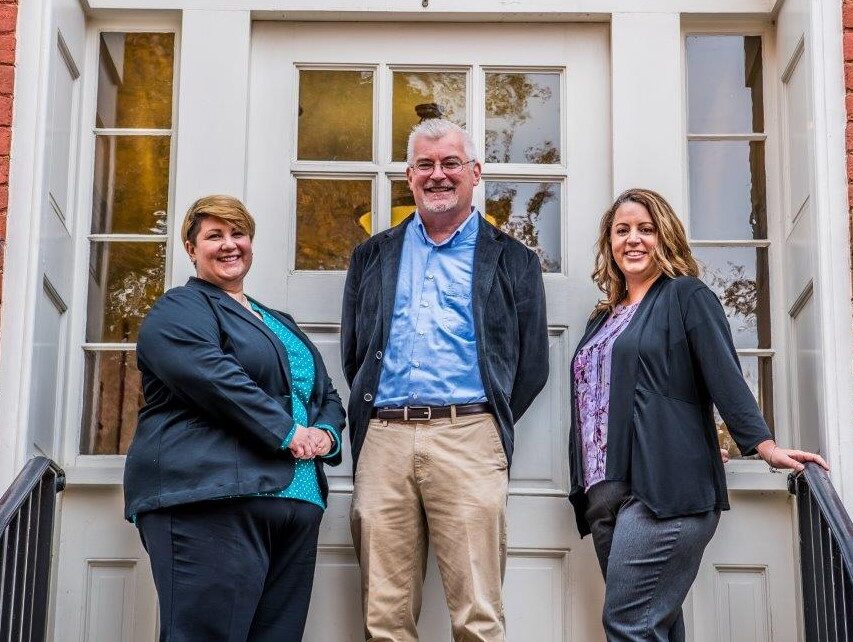 Dennis Ayers (center)started working for the Rockbridge County Commonwealth’s Attorney’s office as paralegal and office manager starting in 2016. He is a UVA law school graduate and previously worked in DC and Los Angeles for Thomson Reuters and Viacom’s MTV Networks. Dennis also serves as a member of Lexington’s City Council. He can be reached at 540-463-7337 or dayers@rockbridgecountyva.gov

Magin Ryan (left) has been working for the Rockbridge County Commonwealth’s Attorney’s office as a legal assistant since 2019. Originally from Roanoke, she previously worked as an office manager for a locally and family owned jewelry store for over 15 years until moving to the Rockbridge County area, where she worked as the secretary for a local private school. She can be reached at 540-463-7337 or mryan@rockbridgecountyva.gov